On the first weekend of November, our local Gaelic Football team, Orang Eire, set out for Shanghai to compete in this year’s Asian Gaelic Games. With it being the second year that Shanghai GAA will have hosted the games, and the 10th year that Orang Eire have competed in, all the preparations were in place and the club was ready to go!

The Asian Gaelic Games have been running since 1996 and Orang Eire are known around Asia for hosting the tournament in previous years. From 2012 to 2014, Kuala Lumpur was the site for the games, with teams from all over Asia and the Middle East fly over to compete. After 3 years of running the games, Orang Eire committee members Des Morgan, Patricia Jones, Pat Gorham and Bev Whittel were inducted into the Asian County Board Hall Of Fame; a testament to the success of the tournaments!

Over the 20 years that the AGG’s have been running, it has grown to be one of the most anticipated events in Region amongst the Irish in Asia and the Gulf, and since 2007, the event has been coupled with the Asia-Pacific Ireland Business Forum.

The tournament itself consists of 14 minute games of 9-a-side gaelic football, with Senior, Intermediate, Junior divisions. As well as football, some clubs enter teams for a few games of hurling and camogie too.

This year, Orang Eire brought a full men’s team and ladies’ team, as well as contributing 4 players to the newly formed All Asia Ladies team, which consisted of players from Orang Eire, Beijing GAA, Suzhou GAA and Hong Kong GAA. The tournament saw clubs from all over asia and players from all corners of the globe come together to compete in Shanghai!

Following the previous few years, we had 3 GAA celebrities at the event; famous commentator Mícheál Ó Muircheartaigh, Mayo All-Star footballer Cora Staunton and AFL coach & Cavan GAA player Nicholas Walsh. There was a meet and greet on the opening night of the games, and the celebrities were present throughout the tournament, with Mícheál Ó Muircheartaigh commentating the finals!

Both Orang Eire teams faced many strong oppositions and came away with equal wins and losses. The Ladies team went on to play Japan GAA in the Intermediate plate finals and fell short of the win, but weren’t disheartened to take home the silver medals after playing the well lead japanese team! Former Orang Eire player Ai Lynn Gan captained the japanese team, and the Orang Eire ladies were familiar with many of the players. The Men’s team battled through their division and went on to beat the hosts, Shanghai GAA, in the Junior cup finals! This is the second year in a row that the men’s team have returned back to Kuala Lumpur with the cup.

The tournament was brilliant for all those involved, and we have no doubts that the Asian County Board will continue in their efforts to develop GAA in Asia, and that GAA clubs all over Asia will continue to grow and strengthen with time. There have already beens talks between Orang Eire and the clubs from our neighbouring Southeast Asian countries to look into developing more league games in the build up to the major tournaments. Next year, the South Asian Gaelic Games will be hosted in Singapore around May, and the Asian Gaelic Games are to be hosted in Bangkok at some point between October and November.

For more information of Orang Eire, please don’t hesitate to contact the club through these emails:

Follow us on social media to stay up-to-date on our training and events: 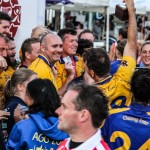 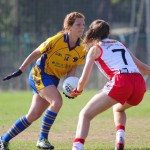 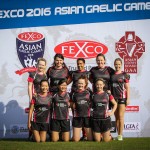 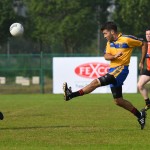 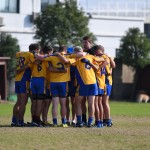 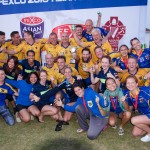 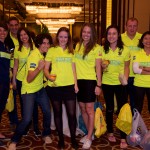 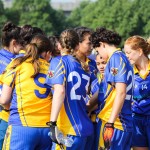 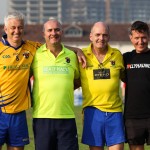