On a balmy evening in early October, some of Kuala Lumpur’s finest minds came together at the tropical oasis in PJ that is ‘Out of Africa’.

This gathering of immense intellect could probably have solved some of life’s great mysteries if they were that way inclined on the evening but there were more important things at stake. The title of Intersociety Quiz Champions for 2016 was up for grabs along with the bragging rights that go with it.

The quizmaster on the night was the inimitable Ron Anderson. As usual he had devoured countless encyclopaedia, watched endless hours of news and documentaries and rumour has it, he corrected a quarter of the inaccuracies in Wikipedia while setting this years questions. The questions on the night were tough but fair and as the saying goes, there was a little something for everyone.

Throughout the evening, the eager competitors were fed and watered while they pondered the questions posed. There was plenty of banter throughout the night with the quizmaster even coming under scrutiny once or twice.

When the scores were all added up at the end of the night, the OKU’s came out on top with an impressive score of 79 points. Second place went to Foul Play who had 70 points while the wooden spoon went to………. Well, lets just leave it at that.

Thanks to Ron and his team of markers for keeping the night flowing smoothly and finally, a huge thank you to everyone who came along and supported the quiz on the night. As they would say at home, “A good time was had by all!” 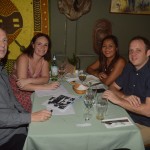 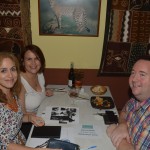 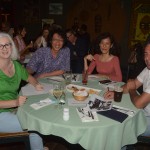 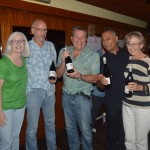 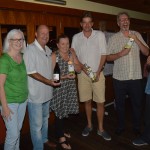 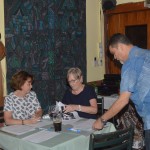 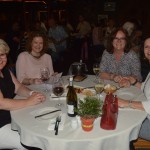 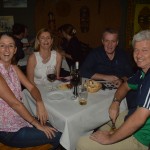